This was mostly uneventful, apart from Esther crying about how shit her life is, and moaning about how crap her presents to me were. The roast was postponed as well because it hadn’t thawed out.

Esther didn’t moan as much today, and we finally had our Christmas Dinner while watching the Borrowers. I fucking hate the BBC family dramas, and Christopher Eccleston has never been good. He didn’t reject Dr Who because “it wasn’t serious enough”; it dumped him because he has no sense of humour. So, in combination, The Borrowers was enchanting. Then we had trifle with yule log and squirty cream. Then we went to bed and and tossed and turned, racked by heartburn.

Esther went into town to get a present for Weasel, and I walked the dog and tidied her side of the bed. I think she might have a problem because most of the rubbish was sweet wrappers (Twirl bars, popcorn packets, Lindt truffle wrappers), screwed up tissue smeared in eye-makeup, the plastic filter tips of a million e-cigarettes, and a giant subterranean beast made of entwined tights.

Later, Weasel and Kung Fu took us for a Mogul Room meal. As Esther squeezed past the table to go to the loo, Kung Foo slapped her bottom heartly and said;

“Nice arse; use it wisely”

To which Esther let out a disgusted squeal of indignation.

Lisa insisted on trying a bit of everyone else’s meal before her own, convinced as always that she would have made the wrong decision. This is normally my feeling, but seeing it demonstrated by someone else, I vowed never to be so silly again.

I had a sexy dream last night. I think the sexiness of my dreams is hampered by my limited sexual appeal, ability and experience in real life.
I met some random girl and we were making out while she chatted to her BFF on her mobile. She was going on about all the lame guys that hit on her, and how cute her husband was, all the kind of stuff that makes your willy shrivel up and your decency start to growl. But instead, I soldiered on, unzipping her bustier and kissing her back. As I started to finger her, she put down the phone and said;

“I’m going to slop you out so much you won’t believe it!”

“No darling, I would never cheat on you”.

Then my mum walked in the room and I woke up.

You can probably tell from my dream that I have never talked dirty apart from once when me and Esther were both drunk and I was yelling at the top of my voice;

“Touch my thing! And those too!”

The dream effectively ended when Linda got her claw stuck in the end of my nose in an attempt to rouse me. I threw the duvet off in frustration and strapped myself into my tiger-print all-in-one. Yet again, the day began with my immortal words;

“Come on you fuckers”,

and a cat trying to trip me on the stairs, unable to predict that she would never, ever get her biscuits again if she succeeded. I almost want it to work, just to teach her a lesson…

In other news, it’s the Deer Leader’s funeral. 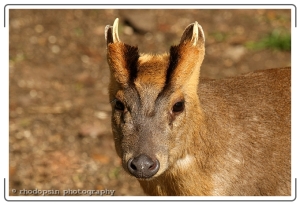 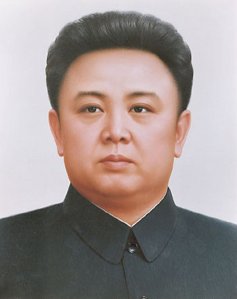 I wonder what the funeral will be like for our Tortoise Leader? 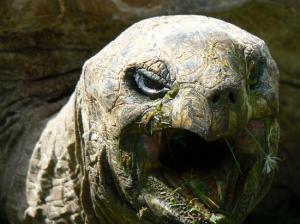 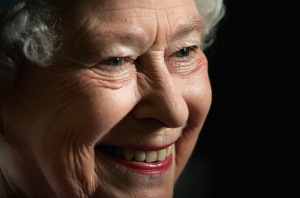