I work as a Mentor for University students. Some of my students have Aspergers or Autism. Sometimes during a session I have to go to the toilet because I feel like I am going to laugh, scream or fart. It has that effect on me.
One of my students said a couple of gems today:
“Amy Winehouse complained about the Rocky Horror Picture show and got it banned”. It took me a while to work out that she was talking about Mary Whitehouse, who is about as far away from Winehouse as poss.

A short while later, she started talking about how gay people a treated by religious faiths. “It says in the Kerrang that gay people should be stoned to death”. I had to bite my lip. I know Kerrang is quite hetero but…She meant of course The Koran. I fled to the toilet to cackle into a toilet roll.

This reminds me of the old lady who misheard the news and thought that Pavarotti was responsible for killing Princess Di. She was outraged when he arrived at her funeral, flanked by beautiful women and openly flaunting his freedom. “It’s disgusting!” she shouted at the TV as he flounced into Westminster Abbey. “He shouldn’t be allowed”. It was only after it was explained that it was not one fat opera singer, but a multitude of photographers (Paparazzi) that had killed her did she calm down.

Esther and Lisa’s mum keeps saying she wants to go back in time and try again because she failed with her daughters. Oh, the curse of being a Disappointing Daughter. “They fuck you up, then you break their heart” says Esther.

I had a dream last night that I found a sausage in my pocket. I was confused and a little disgusted. I woke up to find my hand down my pants.

Artist's impression of the Australian disaster

Dec 16th: What’s so great about the First World anyway?

It seems that everyone is on the move, trying to find a solution for how shit they feel.

It’s all going to pot.

“What would it be like if we averaged out the wealth and life quality of everyone in the country? What would we be living like?” muses Esther.

There’s always someone worse off than you. The wheel of fortune swings round; for there to be shiny happy people at the top, there must be cursed suckers at the bottom. Usually immigrants and Jack Fulton shoppers. As Josie used to say on Big Brother 10 “Whenever I feel down, I just think about that woman who had her faced ripped off by a chimpanzee, and I feel better”. I wonder who the faceless woman thinks of?

"What part of a tree do naturists come from?" "The nudibranch"

I woke up with the word ‘Nudibranch’ in my head. Probably because it sounds rude. I’m going to slip it into conversation with Esther today. 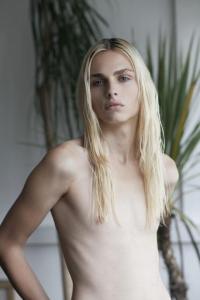 Lisa bought ID magazine yesterday. She saves up every so often for this tome of alt.culture.  “There’s a boy in there who looks like a really beautiful woman. He’s very confusing” says Esther. Wow, he does. He can go on my ‘would do’ list. Bastard.

As I flick through the mag, Esther asks “Has it made you feel shit enough yet?”

“Not yet” I lie, and continue to the end.

Popular culture is designed to make you feel shit about yourself, and to think that the only way to feel better is to copy what the beautiful people are wearing in the futile hope that you too will be transformed. So you buy make-up to smile like Eva Longoria, and shampoo to swish your hair like Penelope Cruz, and perfume to smell like Beyonce, and crack to feel like Lindsey Lohan. Or is that just me?

May as well be called 'krack'

“They’ve found a new type of slug now called the Ghost Slug, and it’s tiny and it’s white, and it sucks earthworms dry” says Esther with relish. I shall exoect to se a documentary on Channle 5 next year.

I’d like to discover a new species. But I guess it’s just another attempt to become immortal.

Imaginary scene in the future: “What’s that weird bug over there?” “Oh that’s a Fame Beetle (Viennae Celebratus). Weird little fucker isn’t it”.

The start of a new horror franchise...